Many of us share our lives with teeth-endowed, flesh-eating, nocturnal, carnivorous predators and think nothing of it. These lethal killing machines prowl through our suburbs, steal through our houses after dark and, aghast, all too regularly launch ferociously onto our beds at night. There they snuggle under the sheets and purr contentedly.

The family cat is our domesticated member of the Cat Family and Tiddles is closely related to tigers, lions, jaguars, leopards and many other fascinating felines such as the lesser-known kodkod and the margay cat.

Australasia and Antarctica are the only continents that do not have a natural population of cats in some form. This is a shame. I would love to have a black panther patrolling my backyard.

Those animals we commonly refer to as the ‘big cats’ are the tiger, lion, jaguar, and leopard.

Do you know the difference between a leopard, a panther and a jaguar?

The tiger, with its striking tricolour coat of chestnut, black and white is the largest of the big cats A Siberian tiger is the largest representative of the cat family and can weigh more than 300kg with the Indian tiger being smaller but about the same size as a big lion at 250kg. The Siberian tiger has been hunted to near extinction as, in the past, its body parts were used for medicinal purposes and for cooking.

Tigers are solitary hunters but they are not very efficient with only ten percent of their rushes resulting in a kill. They should learn from one of my big cats – 100% of his rushes to the food bowl are effective.

The lion, also referred to as the king of the beasts, was once found in Africa, Europe Iran and India, but is now almost exclusively limited to Africa due to the movement of humans into savannah lands. Lions weigh up to 250kg and are unusual in the cat family as they exist in groups (prides) containing up to thirty members. Most cats lead a more solitary existence. The characteristic mane of an adult lion is well known and many modern domestic cats have been bred with manes to mimic the lion. One of our cats has a very attractive ruff or mane and a lion’s demeanour to go with it!!

The jaguar and the leopard are closely related and look quite similar but they live in different parts of the world. Both species evolved from a common ancestor but the jaguar (Panthera onca) is now only found in the American continent and the leopard (Panthera pardus) is found throughout Africa, India, and southern Asia .

The jaguar, weighing up to a maximum of 150kg, is somewhat larger than the leopard that weighs up to 90 kg but their size depends on the habitat they are occupying.

Their coats show subtle differences. The coats of both are well known for their attractive ‘spots’ or rosettes but the jaguar’s rosettes are larger and have a black central spot that is not present in the leopard. Jaguars are also stockier with shorter legs.

The term black panther generally refers to a leopard that is black in colour. In a litter of leopards, some will be of normal appearance but occasionally some are black. Colouring of this type is called melanism and it does occur in jaguars, but less commonly. Black jaguars are also referred to as black panthers but further confusion occurs because the puma is also sometimes called a panther. There is something magical and mysterious about the black panther that appeals to many folk and is the reason that black cats are so popular as pets and are the subjects of much mystique. 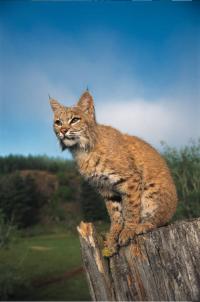 The leopard has occasiona earned a fearsome reputation as a man-eater. There is a famous portrayal by author Jim Corbett of an infamous man-eating Indian leopard. He describes his campaign to hunt the fearsome Rudraprayag leopard of northwest India that acquired a taste for human flesh, even killing a man in his own house and carrying him four miles through dense scrub. This leopard killed 125 humans from 1918 to 1926 before Corbett finally hunted him down.

The Cheetah is generally similar in coat appearance to the leopard and jaguar but is a lot smaller, weighing up to 60 kg. It is easy to recognise due to its long legs and black ‘tear tracks’ below its eyes. The tear tracks are sad metaphors because the cheetah has the lowest genetic diversity of any mammal and is thus endangered. If given a tissue graft, the graft is usually universally accepted without rejection because of the similarity of genetic material. This lack of genetic diversity makes the remaining cheetah population extremely vulnerable to disease and environmental changes.

Cheetahs are renown for their speed and, at 110km/hr are the fastest of land animals.

Some cats are rarely heard of. The kodkod is a small South American cat that weighs from two to three kilograms, about the size of a small pet cat. It has a coat that resembles a spotted tabby but has disproportionately long claws. Little else is know about this cat.

Another rare puss-cat is the margay cat. This striking-looking cat, weighing three to five kilograms, is the same size as an average house cat. It resembles a small ocelot and has large, attractive spots with pale interiors and black edges. Its attractive coat has caused its demise as it was favoured by furriers of the past. It is a tree-dwelling cat and has the agility of a monkey and is unique in that it can rotate its back feet through an angle of 180 degrees and can even run underneath branches.

Cats are fascinating creatures and wonderful pets – but I still want a black panther in my back yard. 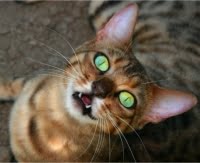 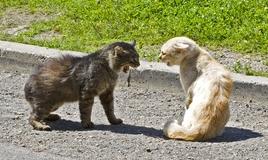 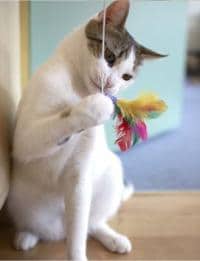