Diseases You Can Catch from your Pets

Can your dog spread disease to you with the greatest of ease? And what about your cat? Are there man-eating microbes oozing from every one of your cat’s hair follicles? 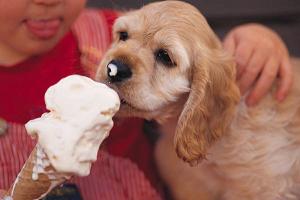 There are diseases that you can get from your pet and you need to be cautious. However, in reality, you are much more likely to get sick from kissing your spouse than your dog!

Diseases that you can catch from animals are called zoonotic diseases. Dogs and cats can assault your health with various bacteria, several different types of worms, a fungus or two or even a menagerie of biting and crawling insects.

The bacteria that pets can share with you mostly cause abdominal upsets. These can vary from diarrhea and vomiting through to abdominal pain and fever. One bacterium, Campylobacter, can cause protracted gastroenteritis with quite severe abdominal pain which can go on for some time. Salmonellosis is another zoonotic disease that also causes illness in humans. It’s more commonly contracted from birds and only rarely from other pets but it can occur.

Can Worms in Pets cause Humans Problems?

Can dog and cat worms infect humans?  Yes, but they can be easily prevented.  Some interesting effects occur when animal worms get inside humans. The first is a condition called cutaneous larva migrans, also known by its grizzly, descriptive nickname of ‘creeping eruptions’. This is caused by the dog or cat hookworm larvae which burrow through the skin to enter the body of pets and, occasionally, of humans too. In pets, they then travel through to the intestine where they develop into adult worms.

In humans though, the larvae lose their sense of direction and travel under the skin instead. There they cause the development of snakelike tracts which blister. This usually occurs where the larvae enter the skin, such as on the feet, legs, hands and buttocks. These tracts are very itchy and they develop at the rate of one to two centimetres per day for about fifty days. Hookworm larvae have been associated with corneal opacity but this is very rare.

Gardeners, plumbers and children playing in soil or sand infected with dog or cat faeces are those most at risk, although reports of ‘creeping eruptions’ in Australia are sparse.

Another similar disease is that called visceral larva migrans. This is caused by migration of  roundworm larvae and is more serious than the ‘creeping eruptions’ of the hookworm.  The roundworm eggs that are produced by infected puppies and kittens mature in the soil for a few days. When ingested, commonly by children playing in contaminated sandpits, the eggs hatch and the larvae migrate. Again they get lost but this time they lodge in organs within the child’s body.

Children from one to four years are mostly affected.  The larvae can affect almost any organ, including the brain, kidneys and eyes. Signs of the condition in children include a fever, cough, loss of appetite and failure to gain weight. Muscle, joint and abdominal pains also occur and more the more serious signs are  neurological disturbances and even blindness. The larvae live for up to a year in humans and the symptoms of the disease can therefore persist for some time.

Even the humble tapeworm can affect human beings. The tapeworm is a segmented worm which is transmitted when a pet owner ingests a dog flea infected with a juvenile form of the worm. Three weeks earlier, the flea would have eaten one of many tapeworm eggs passed from a dog in a tapeworm segment. While these worms can be quite large, they don’t cause huge problems and people often don’t know they have them. Sometimes people notice they are passing tapeworm segments in their stools and sometimes segments migrate from a person’s anus where the segments may cause itching. Diarrhoea and abdominal pain may occur.

The last of the dog worms that can affect humans is the Hydatid worm. This worm can cause the development of large, dangerous cysts inside a person’s body but it’s almost unheard of in Queensland.

Probably the most common zoonotic infection is the fungus known as ringworm. While it’s more commonly spread from cats to humans, it can be spread by dogs as well. In humans it causes the development of a small red itchy rash which spreads outwards. The centre of the rash becomes scaley and then heals, while the rim continues to expand.

In pets, it causes hairless patches to develop. In cats and long-haired dogs, the fungus is often difficult to detect. It’s easily treated in humans with anti-fungal creams.

There are many other diseases that your pets can share with you. One, Toxoplasmosis is quite important especially for pregnant women. This will be the subject of a another article on pethealth.com.au.