Does your pet vomit occasionally?

While it is common for pets to vomit, it is not a condition to be ignored.
Vomiting can be mild and pass with no treatment.
But it can also be very serious and indicate diseases from which your pet could be in grave risk.

What Causes a Pet to Vomit?

Sometimes, pets seem to vomit for almost no reason at all. We all know that dogs and sometimes cats will eat grass and then vomit shortly after. Is this a problem? Usually not. Many dogs seem to like grass. Vegetable fibre is certainly a natural part of their diet and wolves and similar wild dogs eat grass regularly as it is in the intestines of the animals that they eat. However some dogs seem to eat grass when they have a mild stomach upset so keep a watchful eye on your pet if it eats grass. 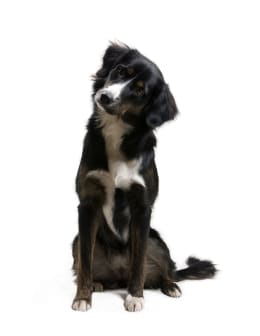 Vomiting is often a by-product of a dog’s bad table manners. Dogs being dogs, they will often delight in gobbling garbage and decayed food. A stomach upset, called gastritis, is often the result and, with that, comes vomiting.

Puppies and kittens can cause themselves problems too. With their playful natures and their readiness to mouth and destroy anything in their paths, it’s no wonder that gastritis from the ingestion of foreign bodies is a common and serious problem in young pets.

Dietary considerations are important. A pet that has been given a very fatty meal, often based on leftovers, can vomit due to the unusual nature of the food. Worse still, fatty foods can cause pancreatitis – another serious disease. You should always be very cautious about feeding pets on fatty leftovers for this reason.

Even a sudden change in diet can cause a stomach upset. If you are changing Pooch or Puss from one form of food to another, be sure to do so gradually. Spicy foods and any foods containing onions can cause dogs to vomit.

In puppies and kittens, vomiting can be caused by worms, especially roundworms. Young pups should be wormed every two weeks until they are three months of age and monthly to six months of age to prevent such problems.

There are a variety of infections and diseases that can cause vomiting. One of the most serious for dogs is Canine Parvovirus. This causes vomiting which is followed soon after by profuse, malodorous diarrhea. The diarrhea is often heavily tainted with blood. Dogs should be vaccinated to protect them against this killer. Haemorrhagic gastroenteritis is another well-known, serious condition that starts with vomiting and progresses to profuse diarrhea.

In cats, hairballs are one of several causes of vomiting. Hairballs can form in long and short coated cats and they result from the cat grooming itself with its tongue. Backward pointing barbs on cats’ tongues are effective in removing hair. Hairballs can be prevented by feeding a variety of laxative pastes and oils or by feeding the cat a Hairball Control diet.

When vomiting occurs every now and then, but over a long period of time, other diseases can be considered. There are many but your veterinarian is likely to consider kidney or liver disease, diabetes, tumours, and conditions such as food allergies or food sensitivities.

Caring for a Vomiting Pet

Firstly, if your pet is looking unwell, consult your veterinarian rather than attempting home treatment. Delay could be deadly.

If a pet vomits, its stomach is saying it wants to be empty. Ring your veterinarian to check but the general strategy is to withhold food for about twenty-four hours. Provided that your pet is not dehydrated, water should be withheld for an hour or more.

After this time your pet should be given some form of fluid to replace that which has been lost with the vomiting. Your pet will have lost essential electrolytes so rather than offering water, give your dog or cat a drink of a balanced electrolyte solution such as Lectade. Lectade is available from your veterinary surgeon. Offer a small amount at first and, if no further vomiting occurs, continue offering small amounts of fluid every thirty to sixty minutes.

If your pet vomits again, you should be off to your veterinarian.

If all goes well after the first 24 hours, then food can be given. Plan to give your dog or cat a small meal, three to six times daily.

The initial food that you give needs to be bland and easily digestible. Chicken (or fish) and rice is a good start. Alternatively, prescription diets that are designed for this purpose are available from your veterinarian. Such diets are highly digestible but also contain additional electrolytes and a specific type of dietary fibre that helps to repair any damage that may have been done to the stomach and intestines.

Once your pet is back to normal, watch for any return of the vomiting and be on your toes for any reoccurring causes. Let your vet know what you find but, above all, regard vomiting as potentially serious. 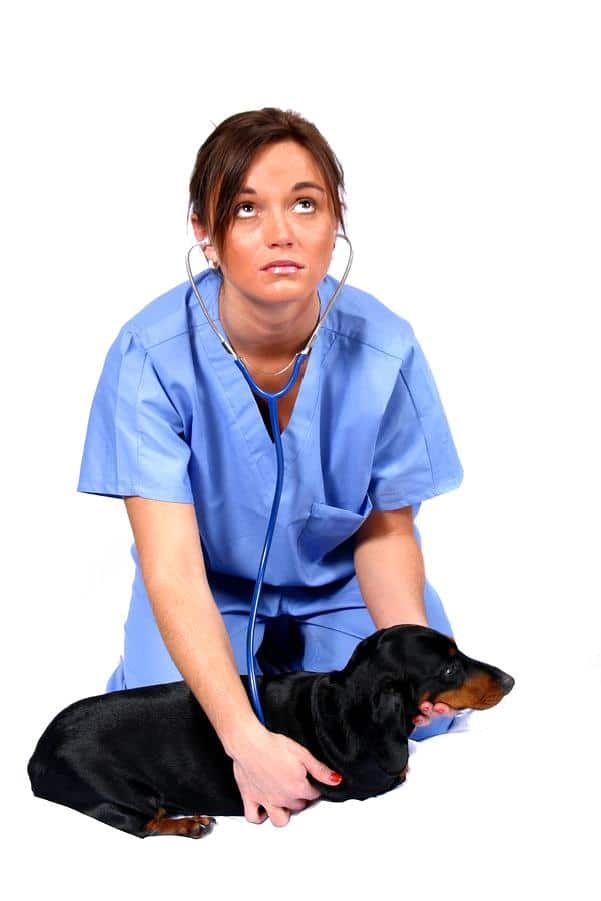