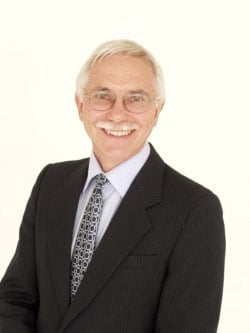 Dr Cam Day is a Veterinarian consulting full-time in pet behaviour in South-East Queensland, Australia. He gained membership with the Veterinary Behaviour Chapter of the Australian and New Zealand College of Veterinary Surgeons in 1995.

He is also a media presenter.
On a daily basis, Dr Cam consults with dog and cat owners about the mood aberrations of their pets.

Dr Cam is committed to animal welfare. He was the inaugural Chair of the Queensland State Government Animal Welfare Advisory Committee, a role he maintained from 2004 until October 2013.

He is a past Adjunct Associate Profession with the University of Queensland Veterinary School.

He conducted veterinary talk-back radio on ABC Radio and Radio 4BC continuously from 1984 to 2015 and has presented on television many times.

If you are not close to South East Queensland or need the help of a Behaviour Veterinarian or a Veterinary Behaviour Specialist please review this page for a list of behaviour veterinarians in Australia.