Anxieties and Other Mood Disorders of Pets

Do pets have moods?

You would only have to own a pet for five minutes to know the answer to that is ‘yes’ but to what extent do the moods of pets reflect the moods of people?

Do pets suffer from Panic Attacks? Do pets ever develop Post-traumatic Stress Disorder and do pets experience Generalised Anxiety Disorders or suffer from Compulsions?

Fear and anxiety are confusing terms and they are often used synonymously.

You have heard about the flight-fight response and know, for instance, that a Gazelle noting a lion racing through the bush towards it will flee in a desperate attempt to save its life.

Is this Gazelle anxious or fearful? 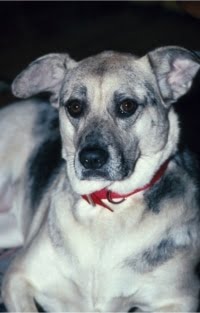 This is a fearful response. The Gazelle’s autonomic nervous system kicks in and the Gazelle does ‘what comes naturally’ to escape from the lion.  The Gazelle doesn’t have to learn this response – it’s an innate, hard-wired, self-protective mechanism.

However, a Gazelle which has survived the experience of a lion’s charge will then be more vigilant.

But the anxiety was born from a fear-induced response which is an innate life-saving response common in most species – including us humans.

Contents of next page

1. Types of anxiety disorders in pets

4. Simple phobias such as noise phobias and others

6. Obsessions and compulsions in pets

7. What to do if your pet is anxious, panicking or compulsive