Back to page one 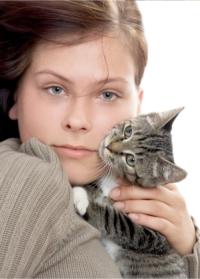 For the simple approach, first make the existing cat calm. This could involve giving Old Puss, the resident cat, a cuddle and stroking it to settle it comfortably on your lap. Food rewards may also help.

Now an assistant can introduce the new cat for the first time. The assistant should try carrying New Puss past Old Puss at a distance of about two to three meters. If all is well, New Puss should slowly be brought closer and closer to Old Puss. Eventually, with caution, New Puss can be placed on the ground to roam free.

You should expect some feline fireworks but these should be little more that a hiss or two. Any fireworks should resolve quickly and while the two cats may not be Bosom Buddies immediately, things should improve from here on.

If this initial phase is reasonably peaceful then all that may be necessary is to monitor the general behavior of the two cats to ensure you are not pushing the relationship too quickly. For now, don’t let New Puss at with Old Puss, and keep New Puss out of Old Puss’ favorite resting and sleeping spots.

If this initial introduction is too explosive and the cats don’t accept each other, then you may need to use a more involved method. This involves a gradual introduction of New Puss first to the house, and then to the other animal(s).

First, New Puss needs to get over the initial stress of moving into your new home with its foreign smells and your strange routines. Try confining New puss to one room of the house for the first day or so. Feed it in this room and give it a litter tray. Give it lots of cuddles and affection. By doing this you are also giving favor to Old Puss and that’s the way it should be. You should not allow New puss into the favored territories of Old Puss as this is sure to cause offense.

Old Puss and New Puss may sniff each other under the door and but that’s as far as it goes at this stage.

The signal to go to the next step is when you see that both Puss-cats are eating and sleeping normally and when both appear relaxed. 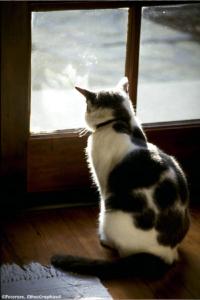 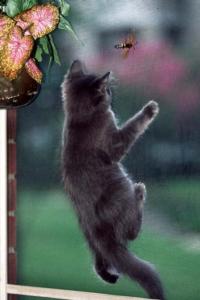 The next step is a casual but controlled introduction of some type. One simple way is to introduce the cats through a security screen door or through a window. Alternatively, try putting New Puss into a cat carry cage or an overturned laundry basket in the middle of the lounge room and allow Old Puss the freedom to investigate if he or she so wishes.

Expect a few hisses and spits at this stage. These usually resolve quickly and you will find that Old Puss is likely to get bored soon. Repeat this three times daily for about five to ten minutes in each session.

The signal for the next step is where the two cats sniff each other through the cage and no hissing or other four letter feline swearwords are uttered.

Letting the ‘cat out of the bag’ is an apt description of this step.

Start with New Puss caged in the lounge room but, when all is peaceful, open the cat cage and stand back. Have a towel or blanket available to throw over the cats just in case. Again, apart from a hiss or two, the cats should tolerate this next move with little drama.

Allow the cats to roam free. While they may not entirely enjoy each others company, the object is for them to at least tolerate being in the same room as each other.

From here the process is to leave them much to their own devices to get close and cosey if they wish, or to remain distant if they prefer to. While you should ignore any minor hisses and spits, allowing them to ‘sort out their differences’ is not appropriate. A serious fight will not only cause injuries but will set the process of assimilation back by many days or even weeks. 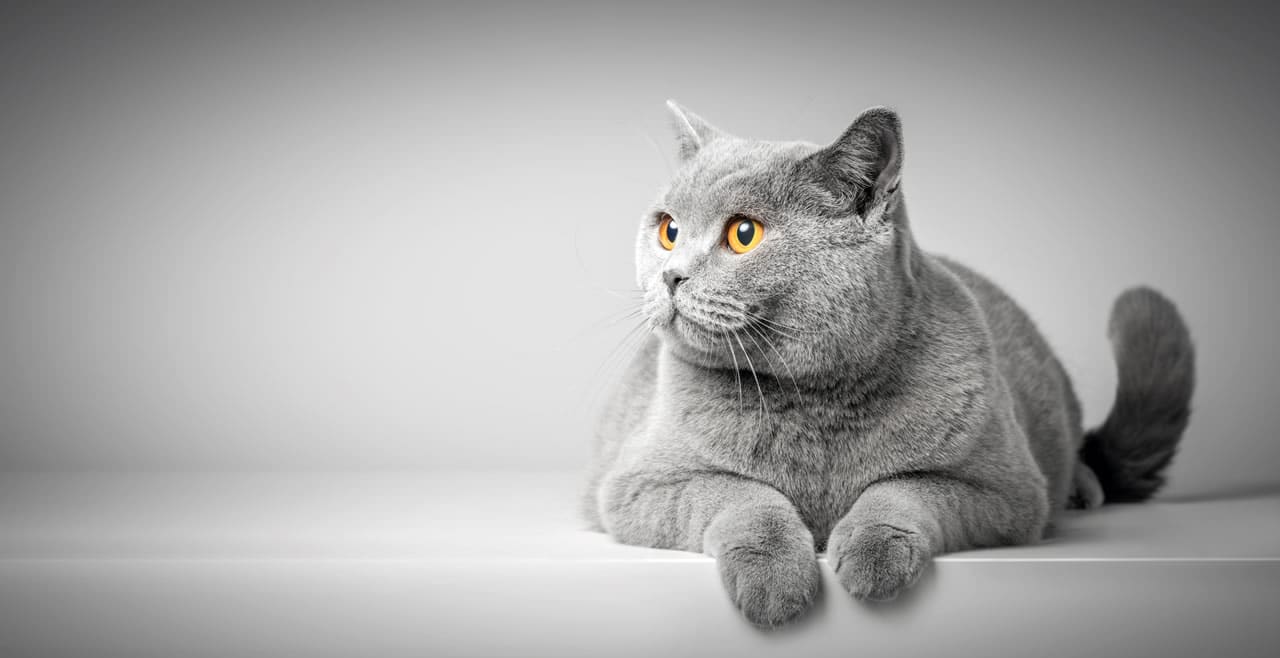 A Cat Amongst the Pooches

You can use much the same process for introducing New Puss to an existing dog. The main difference is that a dog is usually more controllable.

Have your Perfect Pooch on a lead for the first few introductions. Control any progression towards boisterous behavior by commanding Pooch to ‘leave’ New puss alone where necessary. This is the ‘Good Dog’ routine. If Pooch lunges at the kitten then a loud ‘leave’ at the time the lead goes taut should be sufficient. Follow this with a ‘come’ and then a ‘sit’ and if Pooch responds to that process, praise it enthusiastically. This is the ‘Bad Dog – Good Dog Routine’ – a very effective way of controlling unwanted behavior in dogs.

If you are going to allow your kitten outside, you are doubtless concerned about whether it will run off when you release it. This doesn’t often occur but you need to be cautious.

Don’t allow the kitten into the garden for the first seven days. Use this time instead to get it used to the house, to the other pets and to where its food bowls and litter trays are located.

After this time, let the kitten get used to the garden by placing it, for a short time, in a cat carry cage or overturned laundry basket in the garden. While you are hanging up the washing is a good time for this.

New Puss can spend a bit of time gazing at the wilderness with wonder and will get used to the sights, sounds and smells.

After a few days, take New puss around the garden in a cat harness. Most cats do a good impression of a ‘brick on a string’ when on a harness – they don’t move. That doesn’t matter. At least New puss has the freedom to move around if it wishes.

After a day or so, it should eventually appear more relaxed in the garden while on the harness. Now is the time to release it from the harness. Do this just before dinner time when the cat is likely to want to stick around for its food.

Kittens are so full of energy and mischief. Seeing them expending that energy playing with another cat or a dog is wonderful and, with a little effort, you should get to that conclusion with your new Puss.

The Feliway Diffuser and/or spray can great speed the assimilation of a new cat with an existing cat. Read more