“The friendship of a pet is unique. It provides a kind of devotion and love that can’t be duplicated by another human” Quote Dr Cam Day

Dogs show this type of devotion readily. They are so happy when you come home. They are so content to lie at your feet while you watch television or work in your office. Doesn’t it make you burst with joy when your dog puts its big head on your lap to show it wants a hug or pat?

With cats, you have to work a little harder to get that devotion.You may share the same house, but the arrangement is totally at the cat’s discretion.  For me, one of the highs in life with Drape Shape would start when he sauntered casually but purposefully towards me across the lounge room. He would have that “I’ll get there in my own sweet time, buddy” attitude. He would snake his way towards my chair where I waited with trembling expectation.  He would stop, just out of reach.  He would sit there and lick himself, teasing me mercilessly, perhaps casting a casual black eye at my lap. Then, with a calculated leap and the cutest squeak of a purr, he would jump into the waiting lap of Kathryn, my dearly beloved fellow cat worshipper.  He used to tease me, control me and manipulate me and I enjoyed every moment of it. It is difficult now that he’s gone.

So for a while we were cat-depleted. That was until I answered some distant calling to visit the RSPCA.  There I found two fuzz-balls lying peacefully in their hammock beds. I picked them up and they purred immediately and squinted at me indicating that a lifetime of love and devotion was in the offering. I was a sucker and a victim. No mortal human can contest such underhand feline charms. A quick phone call to Kathryn and those who were cat-depleted became cat-repleted.

The dust-bunnies, as Kathryn fondly calls them, have settled in well. They are semi-long-haired dish-mops that look like a cross between a feather duster and Cousin It. They play in such an entertaining way that we are constantly giggling at their frantic antics. Roxy the Imperfect Pooch thinks they are better than cable TV and even Kitty our third puss cat thinks these fuzz-balls are reasonable, provided they keep a respectable distance.

And as for the purrs and the devotion promised so faithfully at the RSPCA?  Forget it! That was just a feline feint, a puss-cat ploy utilised to secure adoption. These dust-bunnies are party animals. They have places to go and people to meet, toys to tease and food to eat. We love these fur-balls and I think that they think we are OK too. Maybe we should call them Dust-buddies.

So friendships are important, but especially those we strike with our pets.

Why do I think pets provide such an enhancement to my lifestyle? Because they show affection for no reason other than to be friendly. Because they are so ‘up front’ when they want something and so manipulative to ensure they succeed. Because they provide entertainment by doing things that humans can’t. Because they are small enough to pick up and cuddle or at least to give a darn good hug. Because they feel so nice when you do hug them. Because their fur is so soft, their bodies so firm and touchable. Because I can talk to them and they seem to listen and even understand what I am saying. Because they enjoy the simple things in life like having their tummies rubbed, having hugs and playing with toys. Because they don’t criticise, complain or make unreasonable demands. Because they don’t send bills in the post.

What the Scientists Say

The White Coats, the scientists-who-know-such-things, tell us that pets are good for our health. They tell us that people who own pets tend to visit the doctor less often. I’ll tell you that’s because pet owners haven’t time to go to the doctors. Once you’ve finished feeding your pets, cleaning up their mess, repairing the fence, filling in the holes that your dog has mined and ringing the upholstery firm to get your cat-clawed lounge suite recovered, you have rightfully collapsed in bed. 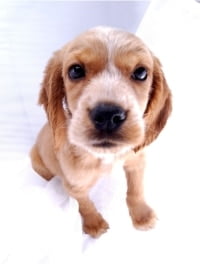 The White Coats tell us that pet owners have lower cholesterol and lower blood pressure. Pet owners don’t have time to eat – that’s why their cholesterol is lower and the reduction in blood pressure is a natural follow-on from the shock that occurs after you discover your dog has made a huge mess in your house.

Pet owners recover more quickly from illness and surgery they say.  With your dog tugging at the sheets saying ‘Walkies’ and your cat sitting on your chest with a claw in your nostril saying ‘Feed Now!’ you daren’t spend time in bed worrying about your own health problems.

For me, pets are perfect buddies – and that’s all that matters!  Send your comments to drcam@pethealth.com.au but in the meantime – don’t forget to hug your pet.