Halloween, Australia, and Our Pets

Halloween, Australia, and our pets

Halloween, the 31st of October, is a time bound deep in American history. Traditionally, it is the time when Americans remember those who have passed, and ‘laugh’ in the face of death. Although it has long been an American holiday, it is becoming bigger and more popular in Australia with each passing year.

Today, Halloween has lost most of its original meaning, and the day is instead a time to delve in to the humorously macabre by watching scary movies, telling scary stories, and dressing up in all manner of ghouls and ghosts.

While that may be fun and exciting for us humans, it can be a completely different story for our beloved pets.

Take superstitions for example – we’re happily told from a young age not to walk under a ladder, crack a mirror, or even to let an innocent black cat cross your path.

Now, I have a big soft spot for black cats. I have two of my own and I love them to bits – my family calls them black panthers. They’re gorgeous. However, black cats are popular targets for sick ‘celebrations’ of Halloween traditions. A lot of black cats are abused, tortured and even killed on Halloween. In America, it has become common for people to adopt a black cat a few days prior to Halloween, only to return it a few days later, once the day has passed – these are considered the ‘lucky’ cats. Some American shelters have even banned black cat adoption during the entire month of October to prevent this from happening.

If you’re worried that your pet may be targeted, keep your pet out of harm’s reach.

Australians love to have a good time, whether it’s a simple barbecue at the park, a beer with a friend, or dressing up in crazy costumes just because you can. Halloween in Australia is no exception. 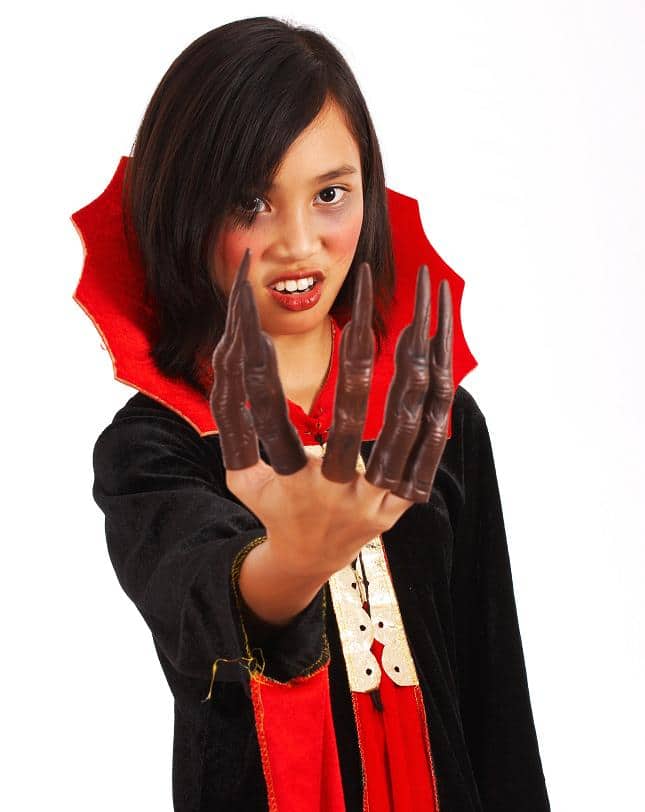 With multiple parties at various entertainment and private venues celebrating everything Halloween, people are going to be acting and dressing differently. For instance, we already know that the family barbecue is a trigger for serious Resource-Guarding Aggression problems. So combine the barbecue with people in crazy costumes, people acting differently, and people under the effect of alcohol, and it’s a recipe for disaster for the family pet.

There may even be noisy celebrations such as fireworks and firecrackers. For anxious pets, this can all be cause for concern. Pets don’t understand that it’s just a bit of fun and games for us humans and that everything will be back to normal the next day. Pets don’t understand that fireworks aren’t going to hurt you, that they’ll be gone in just a few minutes. Pets don’t know that people are deliberately walking weird (as zombies), hissing (vampires, witches), or howling (ghosts, ghouls, werewolves). To pets, these loud noises are catastrophic and these people really are the monsters they are imitating, and it’s all very scary.

Scared and fearful pets are unpredictable. This is where the age-old notion of “fight/flight” comes in to play. If pets can’t run away, which they likely can’t if they’re confined in an area that has easy access to these “monsters”, they can become aggressive and that’s when disaster strikes.

If you’re having a get-together, have a plan in place to ensure your pet’s happiness and your visitors’ safety.

The most well-known part of celebrating Halloween is Trick-or-Treating. Kids of all ages dress up in their spookiest garb and travel their neighbourhood in packs, targeting their friendly neighbours with the cry “trick or treat!”

While this is great fun for humans, the constant traffic to and from the front door and the repetitive ringing of the doorbell

And while we’re on the topic of Trick or Treating, just be mindful of the types of treats that could be within reaching distance of your pet.may cause increasing levels of mood arousal, stress or anxiety in some pets. Combine this with the known factors of young children in costumes and crazy get-up and you could be in for a tough night.

While not every neighbourhood will be brimming with costumed kids wanting treats, it’s best to again have a plan in place.