The owners of aggressive dogs often fail to manage the gates properly.

You should ensure that the gates to your property close and latch securely and that they are closed whenever your dog is free to roam your garden. A >self-closing= spring or other mechanism should be installed to ensure that your gate swings closed if it is accidentally left open.

Lock your gate and add a wireless door bell of the type that is available from an electronic store. This is an excellent way of managing visitors’ access to a property. Visitors can alert you to their presence, but the lock prevents entry until you can get your dog under control.

A ‘moat’ gate is the best way to stop your dog getting out when you come in. This is a ‘gate within a gate’ that allows you to enter the first gate, close it and then open a second gate to gain entry to the property.

Car gates are a particular problem due to their width and that you will be inside the car and less aware of what is happening on the street. Car access that is managed with a remote ‘magic button’ inside your car is even more of a risk. Your dog is much more likely to run out to greet you when you open the gate and could then confront a pedestrian innocently passing by. Because you are in the car, you will be unable to control your dog.

A ‘moat’ gate is, again, a vital addition. Provide a moat that allows access for your vehicle into your property without the danger of your dog escaping.

Seek legal advice about the wording of a sign to place on your gate. To me, a sign stating ‘Dog Loose in Yard – Please ring for attention’ in association with a lock and a bell on the gate is a sensible approach.

Neutering dogs has a variable effect on aggression. While it is rarely a cure on its own, it is one of several strategies that could improve behavior. At least it will do the dog no harm and will prevent the dog’s unfortunate behavior from being spread to any potential progeny.

Training your dog to be obedient is not just done for the fun of it. Obedience training gives you the words and techniques that you can use to correctly mold your dog=s temperament. For aggressive dogs, obedience training is an essential part of the cure. 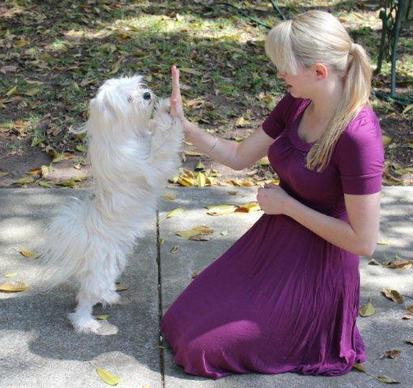 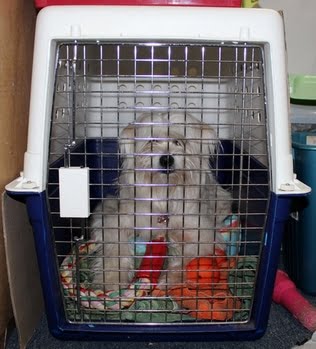 You need to ensure that visitors to your home are protected.

Children and elderly folk are most at risk. Children are the same height as many dogs and therefore  the face and head are the commonest sites of bite wounds. Boys are three times more likely to be bitten that girls. Bite wounds are clustered towards two age groups – toddlers of  about two to three years of age and children at about 10 years of age.

Unless you are absolutely sure of what you are doing, your dog should be removed to a comfortable Den to rest when children and elderly folk visit your home.

8. Stop Your Dog  Learning to be Aggressive

The more a dog is aggressive, the more it is learning to be aggressive. When aggression is repeatedly ‘self-reinforced’, the dog is more likely to be aggressive again in similar situations.

On the other hand, if a dog perceives nothing but joyful outcomes in the same situations that previously evoked aggression, then the dog is learning to be happy and not aggressive.

For visitors to your house, this means that you should put your dog in its Den before the visitors arrive and then plan to bring Pooch out, if it is safe to do so, when the visitors and you are ready to ensure the dog remains calm. Try getting the visitors to issue simple commands, such as SIT, which they can then reward with food treats, thrown towards the dog. Don=t allow the visitors too close though!

If your dog is aggressive, trying to ‘beat the aggression’ out of the dog is a waste of time. The dog will become defensive or fearful and further aggression is more likely.

What’s more – it’s dangerous and you might get bitten.

Instead use the ‘Dead End Street Principal’. If it is safe to do so, stand like a statue and don’t react to your dog in any way. You are metaphorically sending your dog down a ‘dead end street’ where it receives no feedback, positive or negative, for its unwanted behavior. Avoid gazing directly at your dog’s eyes and wait for the aggression to stop.

Then count a further ten seconds and, if no further growling occurs, look at your dog and praise this return to calm behavior.