The importance of desexing cats

The Importance Of Desexing Cats

There are clandestine meetings being held in darkened back streets. Impetuous romantic liaisons are occurring with no thought of the consequences. Testosterone charged Toms will brawl viciously with each other while competing for the proffered favours of female cats. The result of this biological ball game is that thousands of kittens will be born in the cat breeding season in cities around the world.

Sadly, far too many of those kittens are born to die. Animal refuges around the globe are unable to cope with the huge number of irresponsibly bred kittens they receive.

The Breeding Season for Cats 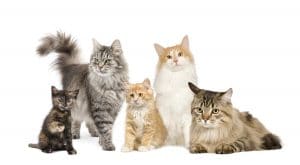 In warmer climates, cats, unlike dogs, are seasonal breeders. This means that they have a relatively short breeding season. In Queensland, Australia, it starts in August as the day length increases and extends through the Spring and Summer months. Dogs, by comparison, don’t have a breeding season and can be sexually active anytime in the year.

Dogs are not like that. They come into ‘season’ usually every six months, and they have just one cycle lasts for only three weeks and then stops, whether they are mated or not.

Cats are breeding machines. There is nothing accidental in their mating rituals. When the hormones hit, the Queens (female cats) actively seek males and they keep seeking them until mated. The males are more than willing, and they will brawl with each other to get their ‘gal’.

A Cat’s Behaviour when it is in Season

Your female cat is likely to show some unusual behaviour when her hormones start. She will yowl at the door to get out at night. She will roll on the  ground, become agitated and act most unusually. You are likely to think her need is a brief sojourn outside to go to the toilet and that’s your mistake as she will stay out all night, to return in the morning with a happy, contented smile on her face. Nine weeks later there will be a surprise in the laundry basket when she has given birth to a litter of kittens.

What happens with male cats? These boys are going to have a hard time. Their fights over the females are bitter and vicious. Several consequences are likely. The first is an injury such as a ruptured eye ball from a claw wound. Bite wounds over the body or head are also likely. Many of these bite wounds will turn into painful abscesses which are caused by some horrible bacteria that are forcefully injected under the victim’s skin by the aggressor’s needle sharp teeth. There is a very good chance that the deadly disease, Feline AIDS, will be contracted. Unlike human AIDS, Feline AIDS is spread by saliva passed from one cat to another by a bite wound. AIDS is much more common in entire male cats than any other.

Because male cats roam for kilometres when looking for ladies, they also suffer a variety of accidents. They become lost, fall victim to car wheels or to cat consuming canines.

Humans are Affected by the Behaviour of Breeding Cats 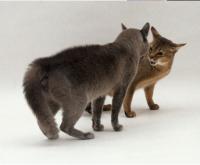 There is also the human component. Most people do not like their sleep disturbed by caterwauling felines and some can be quite cruel. Shooting and poisoning of cats often occurs at this time of year and many cats just mysteriously disappear. What happens to them? You can guess.

The answer is obvious and simple. All cats should be desexed.

Responsible breeders who know what they are doing and who don’t allow their non desexed cats to roam are an obvious exception.

The Myths Relating to Cats and their Neutering

Some of you may be thinking; – ‘Is it really necessary?’ ‘Can’t I let her have just one litter?’ ‘She’ll be so much more content after having a litter’ ‘They need to have one season before being desexed, don’t they?’

Owners of male cats may also state, ‘I can’t desexed him – it’s a blow to his masculinity.’ ‘A male cat’s go to do what a male cat’s supposed to do.’ ‘I’m not castrated, so why should I do that to my cat?’

The answer to all the above is ‘poppycock’! Desexing is essential. There is no advantage in allowing Queens to have a season or a litter and Toms that are not desexed suffer continual wounds and abscesses and usually die early and often tragically.

If your cat is not desexed at this very moment, you should be nervous!!

Ring your vet immediately and make an appointment.

The surgery is routine and the cat will be away from you for only about 24 hours. It costs less to desex a female cat than to raise a litter of kittens and the cost of neutering a male cat is even less.

After surgery your cat will be back on its feet and normal again the next day (whereas wimpy humans take weeks to recover!!) and you will be a certified SNAPO (Sensitive New Age Pet Owner)!